The FA WSL season is now a few games old so let’s look at the progress of what looks to be an incredibly competitive one by each team. 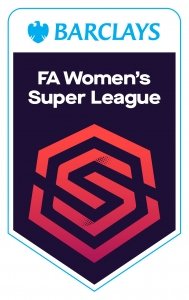 The season started well with some big wins over Reading (6-1) and West Ham (9-1) then a few more big wins during October. However, the injuries have been building up and they just haven’t looked up to their normal self. Their threat was completely nullified by Manchester United this weekend with United grabbing an historic 1-0 win. They cut off the service to Viv Miedema and therefore Arsenal were blunt in attack. They still stand 2nd in the table but could drop further after their game against Chelsea.

With all the uncertainty over the summer, Brum fans were understandably concerned about the direction of the club but this club looks to be fairly fit and fighting. The appointment of Carla Ward as manager seems to have stabilised things there and they currently sit in 7th. Their two wins came against Reading and Bristol City and have given a good account of themselves in the losses.

They sit just below Birmingham and this team seems to run hot and cold with their results. They seemed to be a banana skin for teams last season but not so much this season. Although, they did somewhat slip Manchester City up already and an amazing Everton team. Maybe they will continue to gain in form during the season but who knows this season?

Right now, it’s sad to see where Bristol are right now. Like Brighton, they could provide tough opposition to other teams and get surprise results. They are struggling this season and maybe the lack of fans plays into this. Their situation certainly wasn’t helped by the recent controversy around their recent match. A suspected case of COVID-19 was identified and with the shared housing situation, four other teammates had to isolate. These are key players and they were sorely missed. Previous game showed that this game probably should have been postponed but it went ahead. Also, the team had played an away trip in the Conti Cup against Crystal Palace just 48 hours before this away match against Manchester City. They ultimately lost 8-1 but this season seems to look quite dire for them already.

It seems like normal Chelsea behaviour that after a title winning season, they don’t do well. It seemed that way with an opening day draw against Manchester United. The spending over the summer was meant to help and things didn’t look good. However, Chelsea have since built up speed and that opening day result doesn’t look so bad now, even good perhaps. Bristol were the first victims after the draw with a 9-0 thumping. Title retention looks to be on the right track with recent victories against title rivals Manchester City and Everton. The defence looks to be solid with just the 2 goals conceded. Their attack looks to be going well with several players able to truly contribute well. If they could beat Arsenal this weekend, which they’ve done in the Conti Cup 4-1, then looking past them as favourites to win the title would be hard to do.

What a transformation this team has had. They did well over previous seasons but really look to be back to the glory days. The team is tenacious, the work ethic and pressing is high. Willie Kirk seems to have a well oiled machine on his hands and this is a team that could upset the top teams of the WSL. It wouldn’t be outside the realms of possibility that they could end up top 3 or 5 this year. That’s how well they could do. Unfortunately, their star Valerie Gauvin could be out for a while now but they could still do well in her absence.

This is a transition season for the Sky Blues. They have a new manager on board in Gareth Thomas and brought back Lucy Bronze from Lyon. They also brought in her teammate Alex Greenwood who used to play for their rivals Manchester United. City, for obvious reasons, haven’t seemed themselves but have done well in the league. The only blips they’ve had are a draw against Brighton and Reading and a loss against title rivals Chelsea. They currently sit in 5th and it seems that unless they can really get those points against the top teams, then they might not go any further than that this season.

United look to disrupt the status quo in this league and have really come into their own this season. After a season getting a feel for the league, they’ve had the best start of the season as they currently stand up top (albeit having played a game more than Chelsea). A recent win against Arsenal catapulted them to that spot and drew with Chelsea earlier in the season. If this form continues, they really could cause trouble up top and secure a UWCL spot.

It looked promising for Reading ahead of the start of the season. They’ve always caused trouble for many teams and I thought would push further up the table. Unfortunately they sit comfortably mid table with wins, draws and losses equal. Maybe as the season progresses, we’ll see the usual Reading but a tough game against Everton comes up first for them. Win that match and the results could be looking up.

Like United, Tottenham are still finding their feet in the league but they are really struggling this season. Whilst they’ve added world class quality in Alex Morgan, she only made her debut off the bench this weekend. There doesn’t seem to be much clicking and maybe a lack of luck sometimes. They do face relegation rivals Bristol City this Saturday which could be huge should they get a result.

The Hammers sit a place below their final rankings last season and really have not seemed themselves this season. Their only win this season came against Birmingham City and a narrow one at that (2-1). Whilst City did provide a tough test, they’ve been hit for 6 or more which hasn’t started their season well. Some did question whether the team needed a new manager or whether the issue was something else altogether but there’s a fair amount of frustration from the fans. Perhaps the recent result could be a turning point. The fans would hope so otherwise it could be a long season ahead.

Want to join the discussion?
Feel free to contribute!

Welcome to the new look WOSO!